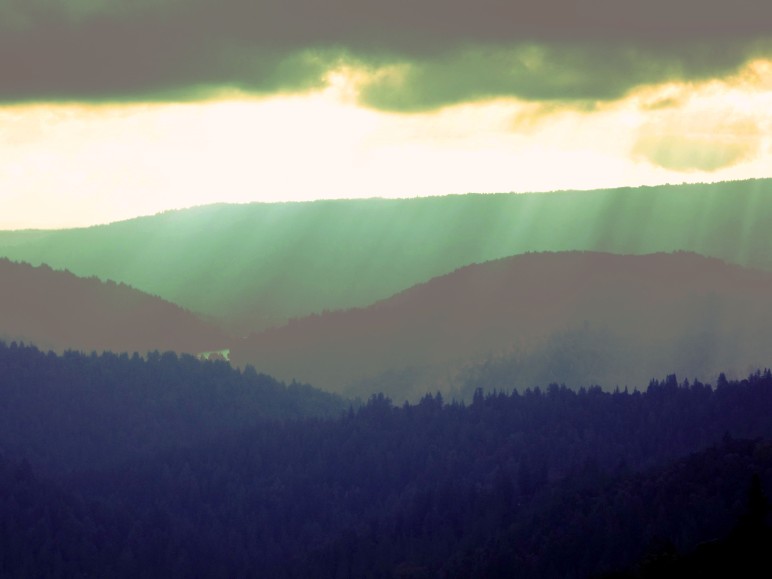 Here are the games I’ve worked on.

For our Capstone game, the Mandrake Hotel, my team (Almost Parasitic) quickly decided we wanted to make a survival/horror experience unlike any other game out there. We created an asymmetric cooperative/competitive survival/horror game for three players in which one player navigates a first-person maze while avoiding a monster, and the other two players watch from above, manipulating lights, doors, and other objects, to simultaneously work together and keep the first player safe while competing to get the first player to accomplish their opposing goals.

For Mandrake Hotel, I was the Producer and Lead Designer. I wrote the studio contract for Almost Parasitic and guided the design of the game through its iterations with design documents, production plans, and organized sprints. I worked with each team member to implement their parts together into a cohesive whole, with a strong understanding of how each part fit together. Using the assets given to me by the artists, I designed and created the levels of the game, including set dressing many of the rooms. I worked closely with the programmers to give me the tools I needed to arrange and iterate the lighting. I am very proud of the game we created, and excited to take the game to the next stages, including Kickstarter.

A Moment Free From Darkness

A Moment Free From Darkness is a game I collaborated on with DePaul University Assistant Professor Brian Schrank and 10 other students. It is a game raising awareness about child sex slavery through the eyes of a Cambodian girl. It is less literal and more experiential as you live through an abstracted day in her life. The game plays out over four acts, each of which is on a different platform – Android phone, desktop, Oculus Rift VR, and finally Apple Watch. It has won Casual Connect’s Indie Game prize and was presented in their San Francisco conference in July of 2016.

On this game, I first worked designing the VR experience with Brian and several coders. I then transitioned to creating the environment art for the desktop act through many iterations. I arranged the environment in relation to the stationary camera. I also worked closely with Brian designing not just the game in general but also how the game is presented and the name of the acts and the game, including coming up with the name, ‘A Moment Free From Darkness.’ It is an emotive and unconventional game that has been submitted to several other indie game festivals.

Into The Abyss is a comedy game I made on a team in one of my classes. I acted as Lead Designer and came up with the idea of a simple game that pokes fun at ‘Deep Games’ that take themselves too seriously. I designed the Tetris-like simple gameplay that is juxtaposed with the pretentious quotes, which degenerate into absurdity. The comedy comes from very specific points with the contrast between gameplay and message, which I planned out and iterated on. I directed the artists and programmers in making each component contribute to the humor of the game. The end result was a clever and funny three-minute game.

Hypnopompia is a psychedelic VR game experience featuring bizarre dream sequences. These sequences grow more surreal and blend together as the experience progresses. I was the lead designer behind the sequence of experiences. My largest contribution was creating this level, which features a twisted room in the same vein as M.C. Escher. Red balls travel along paths through the room’s elaborate architecture, while changing paths depending on where you look. It is more of an experience and interactive toy than a game, but it demonstrates VR’s potential for unique, perception-altering gameplay.